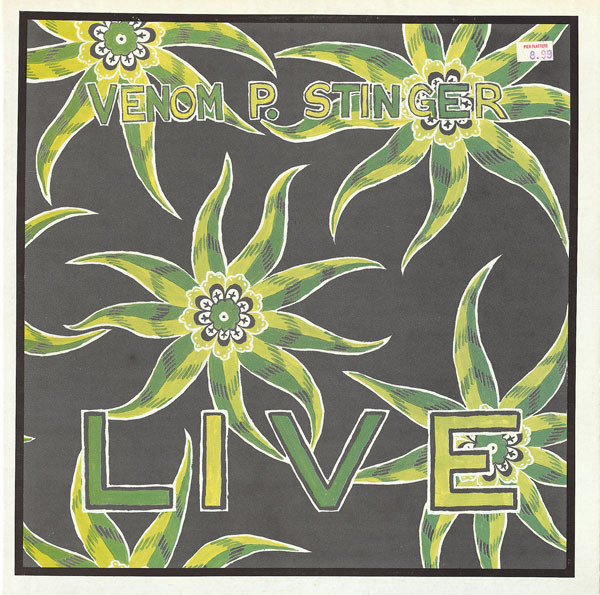 August 1991 ... Turning green before my very eyes ... From the spine into the mind ... From Melbourne to Davis to turntable ... Meet my friend Venom. Called Brick on Sunday. Band said they would drive 400 miles north from LA to Davis for unpaid live radio gig the next day. Mad scramble to borrow drums and amp. Rick Taylor offers his battered kit. Jim White and I go to local hardware store to buy an 8 cent nut to fix the hi-hat. We give up trying to find crash cymbals. Abused but (not) unused. Jim sits on a milk crate. Manic rolling militaristic nightmare. Precious little time. Mick squeezes every available drop from his custom Dustdevil guitar and the little amp we found him. Scraping shards of beauty ... Standing in the center. Nick inverts his microphone and proceeds to belt out his left lung. Inside the waiting room ... Alan plays rumbling cloven bass-tones stomping above burning farm fields and animal hospitals. We've got the keys to the door, they can't get out. VPS plays rip-snortin' thirty-five minutes of tumbling untamed rock 'n' roll wave forms. Vacuum suction climax. Inject venom. No antidote. VPS drives back to LA then up to SF then back to LA for 12 o'clock Rock gig. Next day Mick returns to his fungus farm in Australia, the other three sniff PCP laced flowers and avoid bee stings and shark attacks before heading back to home sweet home.

Includes 8.5 X 11 insert with production notes on one side and an advertisement for the BioQuip Mosquito Vacuum on the other.