Album: Songs From The Sunshine Jungle 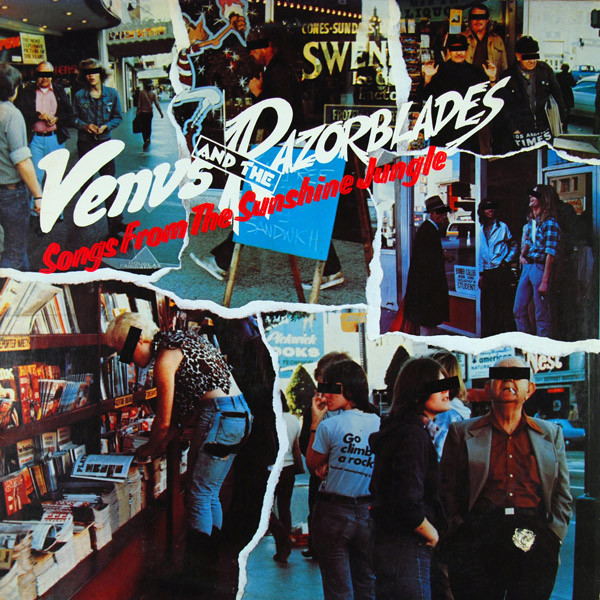 Formed in 1976 by Kim Fowley. After auditioning a number of musicians, Fowley hired guitarist/singer Steven T, rhythm guitarist Roni Lee, bassist Danielle Faye, drummer Nicky Beat (who was soon replaced by Kyle Raven) and singers, Dyan Diamond and Vicki Arnold (a.k.a Vicki Razor Blade). Arnold was only 17 when Fowley hired her, and Diamond was only 14--although her gritty belting sounded like the work of a woman in her early 20s. Fowley produced and co-wrote various singles for the band, including "I Wanna Be Where The Boys Are", "Punk-A-Rama" and "Dog Food". While those singles weren't big sellers, Venus & the Razor Blades managed to acquire a tiny underground cult following before breaking up in 1977. Dyan Diamond pursued a solo career the following year, when Fowley produced debut solo album, In The Dark. It was also in 1978 that Fowley assembled the Venus & the Razor Blades collection; Songs from the Sunshine Jungle.

Comes with a picture inner sleeve.