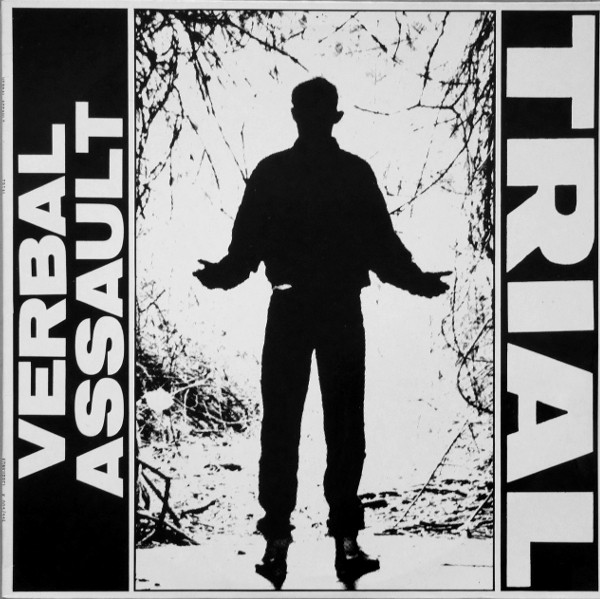 Verbal Assault was an American hardcore-punk band that started in Newport, Rhode Island. They played their first show on 21 November 1983, released a demo ("The Masses"), three EP's ("Learn", "On" and "Exit"), a 7" ("Tiny Giants") and an album ("Trial"). Throughout the 80's they toured North America and Europe extensively, and played their last show on 4 August 1991.

Includes a black and white insert with lyrics and thank lists.

Distributed by De Konkurrent in Holland.

Distributed by Revolver & The Cartel in U.K.