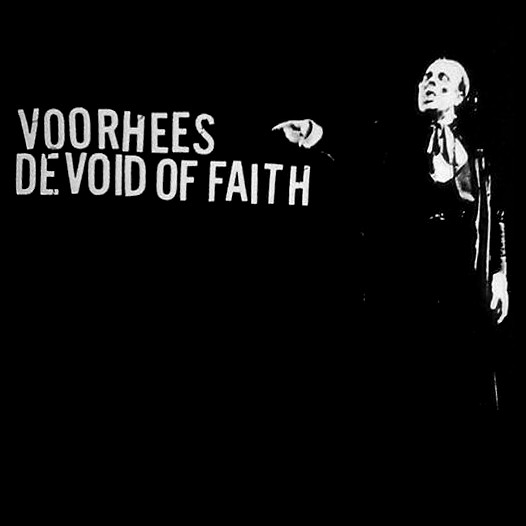 Voorhees are a hardcore punk band formed in Durham City, U.K. in 1990 by Ian Leck and Sean Readman. They originally existed until around 2001, but have reformed and played shows several times since with various member changes. Vocalist Ian Leck is the only ever present member in the band's history, and enlisted members from the Bradford area after he moved there when the original members moved on. Voorhees did a Peel Session and toured both Europe and the USA at various times.