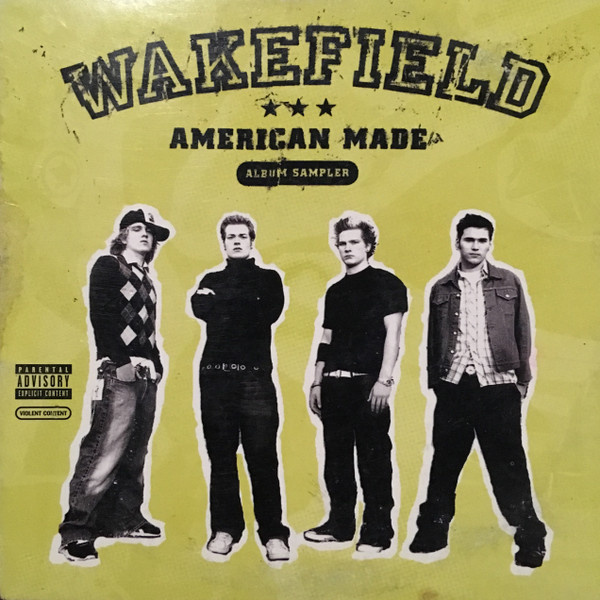 Ryan, JD, and Mike formed the band with their friend Mark in 2000. In their early days, the band played clubs such as Piezano's Pizza, St. Margaret's Church, and the Crabcake Factory in Annapolis, Maryland, Wood's Holy Grounds in Severna Park, Maryland, and My Brother's Place in Waldorf, Maryland. In 2001 they supported Good Charlotte at a show sponsored by 99.1 WHFS. It took place at Arundel High School as a reward for the amount of canned food the students (headed by the Arundel Key Club) had collected for the needy in Maryland. Often plagued by comparisons to Good Charlotte's sound (and hooks) when Good Charlotte was signed in 2001 the pressure was on for Wakefield to get a deal. The final push came when Good Charlotte's original drummer Aaron Escolopio, left Good Charlotte to play with his brother, singer Ryan Escolopio in Wakefield. The band played their first show with Aaron on the drums at the famous club CBGB in New York on June 6, 2001. During their early years, the band toured with several notable bands, including MxPx and Mighty Mighty Bosstones.

Shortly after Aaron joined the band, Wakefield announced on August 12, 2001, that they'd been signed to a record deal with Atlantic Record (...)

Promo Only. Not For Sale.