Album: This Side Up / White Frogs 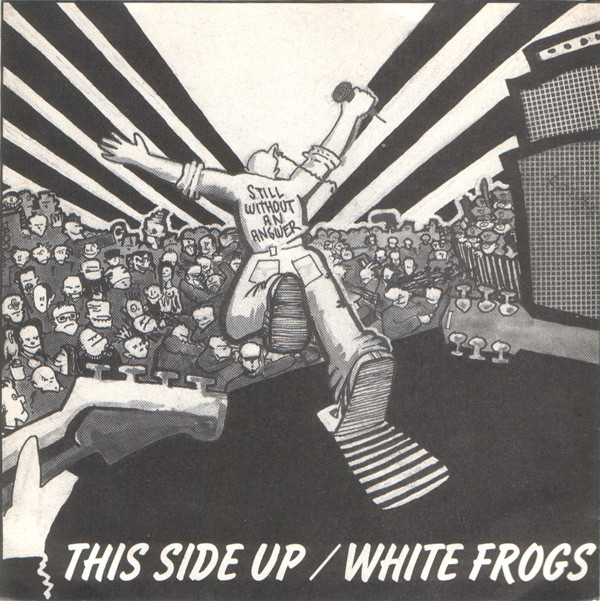 3-way foldout sleeve printed on all sides with artwork, pics, lyrics and info.

Tracks A1, A2 recorded and mixed in March 1996 at Electric Lady studios in Rome.

(There is also the entire pressing of this record on Alarma records, out of the US. The cover is different with bands' names written on the top and the bottom of the cover and there's an insert with lyrics and pics. The catalog number on the vinyl reads AR004. The quantity of this pressing is unknown.)

2,016 black vinyl (the cover of the 2nd press is printed on a slightly lighter paper and the seal inside has only the current Goodwill address)

10 on swirled orange vinyl (the cover of the 3rd press is again the same as for the first press, except for the seal that bears only the current Goodwill address)

"...The initial idea was to release this 7" EP both on Goodwill Records [...] and a label in Brazil [...] Apparently the pressing plants of vinyl have closed in Brazil, so our friends from White Frogs contacted Alarma Records, an American label who kindly offered to print this record in the States..."

Cat# appears only on runout groove.