Album: Wipers Box Set (Is This Real? - Youth Of America - Over The Edge) 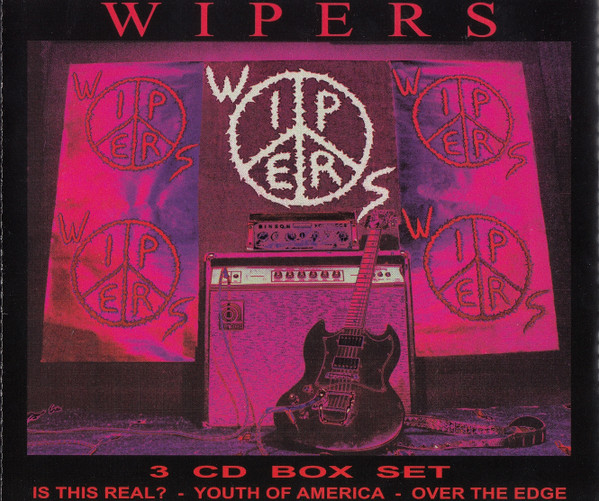 2-1 to 2-6: Youth Of America.
Bonus tracks: 2-7: was recorded during the "YOA" sessions with a 4 piece horn section. This song was mixed bright to bring out the feel of edginess with the horns but did not fit the dark mood of the "YOA" LP. Sadly it was never released. / 2-8, 2-9, 2-11: out-take mixes from another studio with some slight differences. "YOA" has a different feel with the snare up front and the guitars blended more edgy. / 2-10: recorded with a different drummer who was later replaced by Brad Naish and his awesome hypnotic style.
℗ 2001 ZENO Records © 1981 TRAP Records

Made in the USA

Issued in a black Fatboy box with a 16-page booklet.