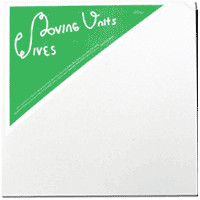 Wives started in 2001 and played their first show at The Smell in Los Angeles with Dave Stone and Orthrelm. Three US tours, six or seven west coast tours, and one UK and european tour later they broke up and played their last show in London, England in 2005. Wives were a punk band, and their full length album "Erect the Youth Problem" is probably considered a good record, or maybe it is considered a bad or horrible record, but I think it came out pretty good.