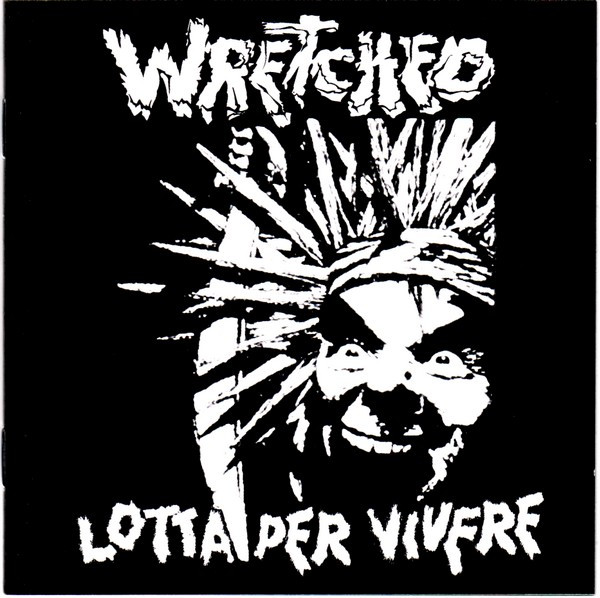 Wretched were a hardcore-punk band from Milano, Italy. Active in the 1980s, they formed at the very beginning of the Italian punk scene, alongside the likes of Indigesti, Eu's Arse, Declino, Peggio Punx and Quinto Braccio.

Inspired by Discharge, Crass and Disorder, Wretched became very well known in Italy and Europe for their violent, chaotic music, and the screamed, furious lyrics of their songs.
Their official slogan was "Chaos, non Musica" (= Chaos, not Music).
They released a lot of self-produced records through their label "Chaos Produzioni".

Collection of the whole discography, except for the "In Nome Del Loro Potere" 7" EP


The Dead Milkmen – Big Lizard In My Backyard (1985) Cassette Album