Over the last few months, I’ve been hiding from a line in a minutes from an early June meeting of the Western Argolid Regional Project: Preliminary Report… “ideally ready for submission by Christmas.” I had volunteered to take the lead in writing it and to marshal the contributions from various other folks on the project including two case studies. Needless to say, this hasn’t happened.

What makes it worse is that I’ve been thinking a good bit about how archaeologists write and archaeological publishing more broadly. Just this weekend, for example, I re-read Rosemary Joyce’s “Writing historical archaeology” in the Cambridge Companion to Historical Archaeology (2006). I also read Rachel Opitz’s recent contribution to the Journal of Field Archaeology titled ““Publishing Archaeological Excavations at the Digital Turn” (which I blogged about here), Amara Thortons,  Archaeologists in Print: Publishing for the People (UCL 2018)  (blogged here) and thinking a bit about Ian Hodder’s well-known article from Antiquity “Writing Archaeology: Site Reports in Context.” While these works all offer different angles on the archaeological writing and publishing, they did reinforce to me that archaeological writing and publishing are undergoing some pretty significant changes, but that these changes are also situated grounded in the goals of archaeological work. (In fact, I’m going to try to marshal some of my ideas on that in a paper that I’m giving at a conference at the University of Buffalo next year.)

At the same time, I spent a few hours wrapping up the layout of volume two of the Epoiesen annual which should appear from The Digital Press before the end of the year. The Epoiesen annual is an interesting challenge because it is publishing a web publication in paper (and PDF form). Instead of thinking of the paper format as a degraded representation of a web version, I’ve tried to think of it as a transmedia opportunity to take something that was originally imagined in one media (i.e. the web) and reproduce in another. While we don’t take many risks in how we present Epoiesen on paper, the potential is certainly there and the very act of translating from one media to the next forces us to think about how entangled ideas and material are and how the paper (or even PDF version) of Epoiesen will offer readers a different experience than the online version.

Advertisement! You can get the first volume of Epoiesen at the low, low price of $6. SIX DOLLARS. That’s cheaper than a beer in New York City or about half the things on the Starbucks menu.

A similar challenge will face my little press as we work on our next major project – a volume in collaboration with ASOR that presents a digital catalogue of votive figurines from Athienou on Cyprus. We will present these artifacts both through a traditional catalogue and high-resolution 3D scans presented both as a 3D PDF and through an online catalogue published by Open Context. It’ll be a big project full of challenges at the intersection of the paper codex and dynamic media. 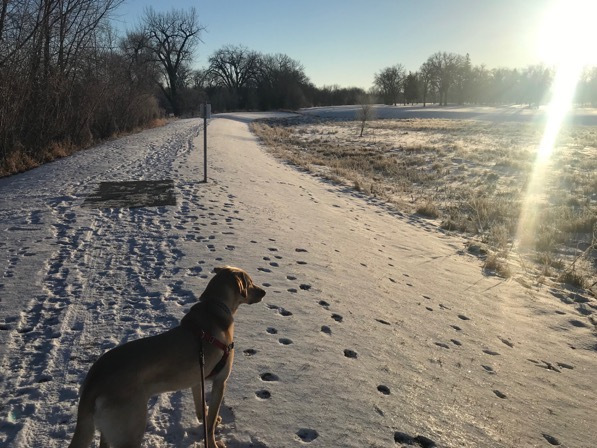 On top of that, I took a couple nice long walks with the dogs this weekend and those always give me a chance to think about big and small picture stuff. I started to think about the challenge of writing a preliminary report as a problem of definition. When is a project sufficiently complete for a preliminary report to offer provisional, but relatively secure, observations on method and results? On WARP, I get pretty anxious when I think of all the work we have left to do to make sense of our data; at the same time, I know that the artifact and main data collection phase of the project is over. What we have now is going to be the basis of both what we say in the final report and future analysis. Preliminary reports are hard to think about because of their liminal status. Archaeologists like to be authoritative in what they say about their work and analysis, and a preliminary report acknowledges that this is not the final word on the area and its material.

Finally, there is a fear of the blank page. Fortunately, WARP has published a good bit already – here and there – so there is a kind of basis of already-written material upon which the preliminary report can draw. At the same time, there is the additional pressure of taking our analysis and presentation to the next level. This means more bibliography, more analysis, and more conclusions. This also means making sure that the voices of everyone on the project (and to be clear, folks will help me with this report!) will have space in the report even when we don’t all agree on how and what our analysis mean.