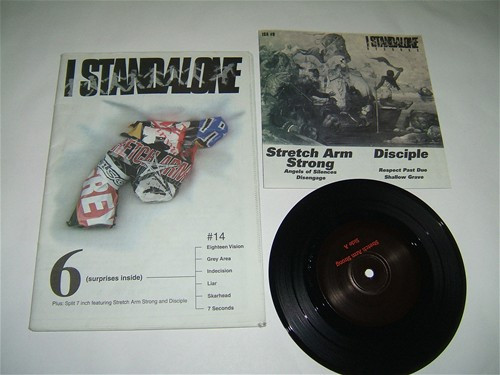 xDISCIPLEx A.D.(or xdisciplex a.d.) was a straight edge Christian hardcore band from Erie, PA.
Formerly xdisciplex or disciple, the band had to change its name to avoid legal actions due to a prior established band named Disciple.

Track # A1 misspelled as "Angels Of Silences".

Track # A1 is a Counting Crows cover.

Track # A2 is a Youth Of Today cover.