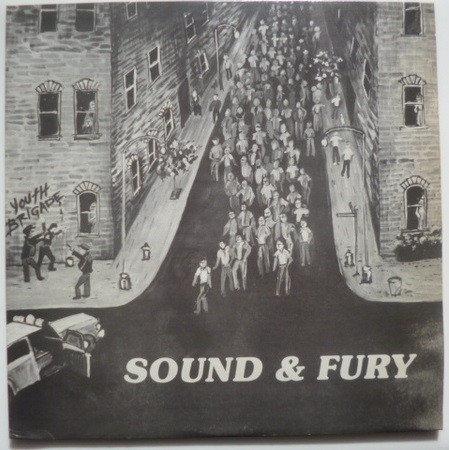 "Sound & Fury" (the original version) was rushed together and released before their first tour, but pressing was stopped at 800 copies as the band was not satisfied with the quality of the material or production. An all new version was recorded and met with rave reviews upon release in June of '83, followed by a highly successful, 50 date tour of North America during the summer.