Artist of the Month Phoebe Bridgers has revealed debut full-length, Stranger in the Alps. Listen to the entire thing below via Spotify or Apple Music.

The highly anticipated release spans 10 tracks and comes from Dead Oceans. Led by singles “Motion Sickness”, “Smoke Signals”, and “Funeral” (the latter of which Bridgers explained the Origins of exclusive for Consequence of Sound), the album took influence from the singer-songwriters that inspired Bridgers to get into music in the first place. That includes icons like Neil Young as well as contemporaries like Ryan Adams (who released her debut 7-inch on his PAX AM label) and tourmates Conor Oberst and Julien Baker.

Explaining her influences in our AotM feature, Bridgers said,

“I liked singer-songwriters growing up. I never even wanted to start a band or anything, I just wanted to write songs. I remember romanticizing Neil Young and Jackson Browne a lot, especially Neil Young. I thought he was so cool and dark. I learned every Neil Young song on guitar, which is how I learned guitar to begin with. I was obsessed with him and wanted to know everything about him. My mom took me to see him perform live, when I was 12. Of course, I got to the front row… So, I was by myself, in the front row of that show, and I remember being so … I touched the ground because it was vibrating from the guitar, and I thought, “Oh my god, I’m in the same room as Neil Young right now.” How crazy is that? That had never really hit me before.”

In his review of Stranger in the Alps, CoS writer Andrew Bloom called the album “a gentle, wistful, even mournful record that makes for an outstanding coming-out party for Bridgers and a haunting experience for the listener, with melodies and sentiments that linger, softly and poignantly, long after the music ends.” Take a listen to the whole thing below.

Stranger in the Alps Artwork: 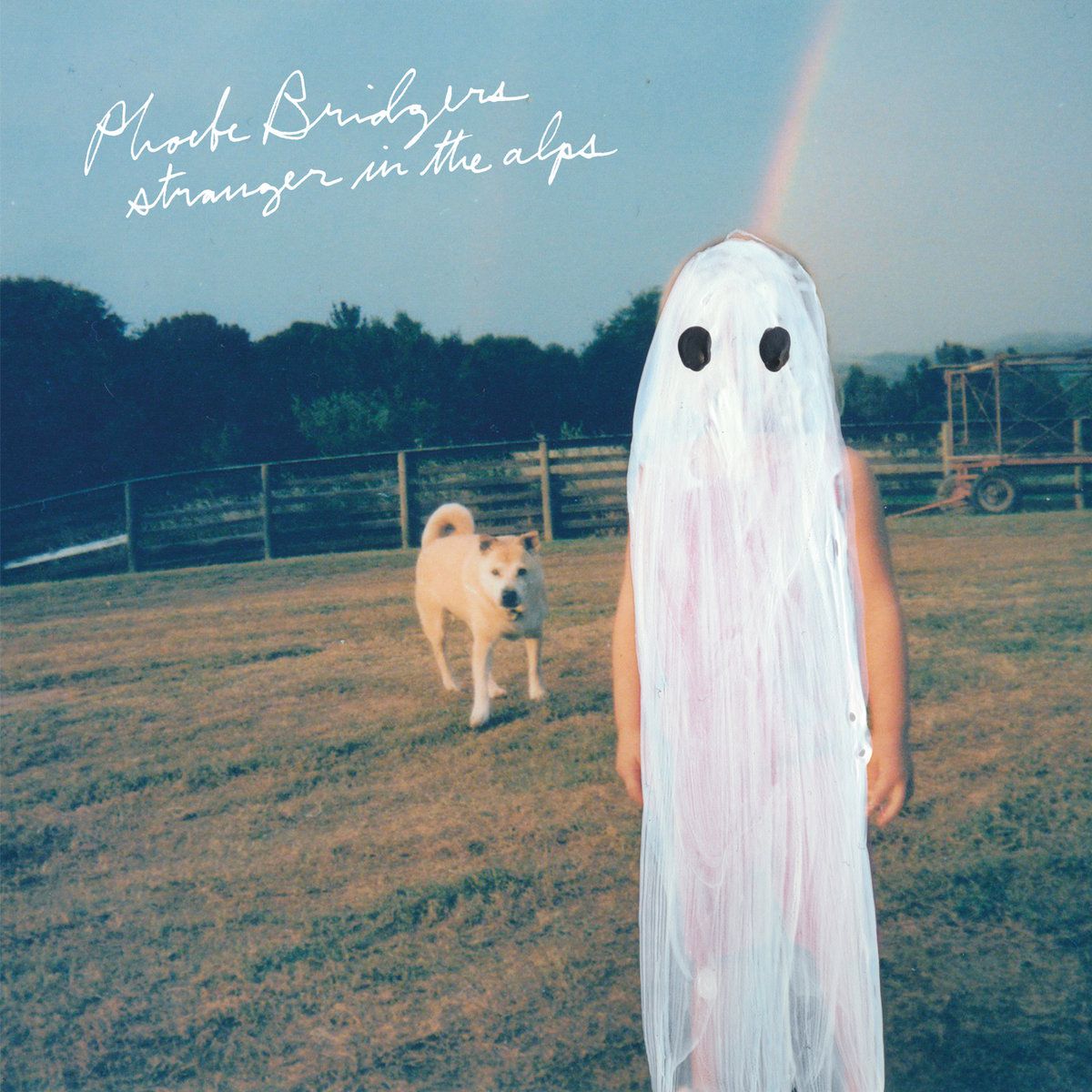