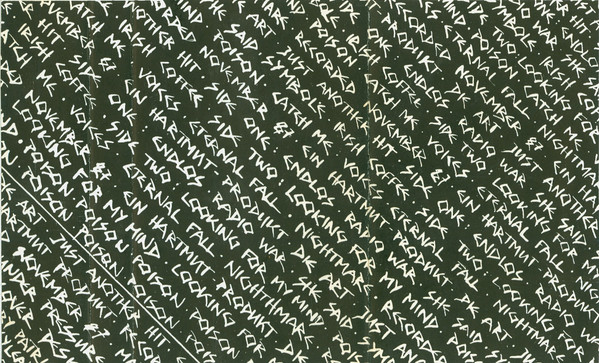 German band, founded 1984 as Die Zucht in Leipzig, German Democratic Republic (GDR/DDR). In 1985 they changed their name to Die Art because the government objected against further use of their original name. (Die Zucht = "the breed" in English)
The 1985 Die Art-concert in Haus Auensee Leipzig - together with Billy Bragg & The Neurotics - was legendary.
Literally "behind the Iron Curtain", Die Art privately produced three regular cassette tapes in underground conditions and quality. Since these communist times allowed only an inofficial underhand merchandising during live concerts it was the unique way to "distribute" these tapes - despite the fact, that this activity was - according to the communist GDR-laws - an illegal act.
John Peel played Die Art in his BBC Radio-Show in 1989 for the first time - related to the successful radio debut in the popular GDR underground radio-show "Parocktikum" (at Radiostation DT64) by Lutz Schramm.
The collapse of the Berlin Wall ushered in a new era, and their dream of releasing their official first album in band history finally became true. Due to the fact that it was their 4th regular recording, their first album was entitled FEAR ("fear" and the German word "vier" (the number 4) pronounce the same way in English), which may be regarded as a sort of Best-Of compilation from their fi (...)