Three of the Seattle scene’s most charismatic musicians have joined forces to form a new band called Who Is She?. Consisting of Julia Shapiro (Chastity Belt), Robin Edwards (Lisa Prank), and Bree McKenna (Tacocat), the super group trio is set to release its debut LP, the aptly titled Seattle Gossip, on October 6th via Father/Daughter Records.

Edwards and McKenna started the project writing about the missed connection ads in Seattle paper The Stranger before enlisting Shapiro to play drums. The topic of their first joint single, “Top 8”, is as sweetly kitschy as those early songs, with a bit of www dot nostalgia to top it off. A bright and playful bit of poppy punk that brings out the best of each band member, the song deals with that desire for plutonic inclusion we all feel when it comes to our friends. Take a listen below.

Digital and cassette pre-orders for Seattle Gossip are going on here. The album art and tracklist are down below. 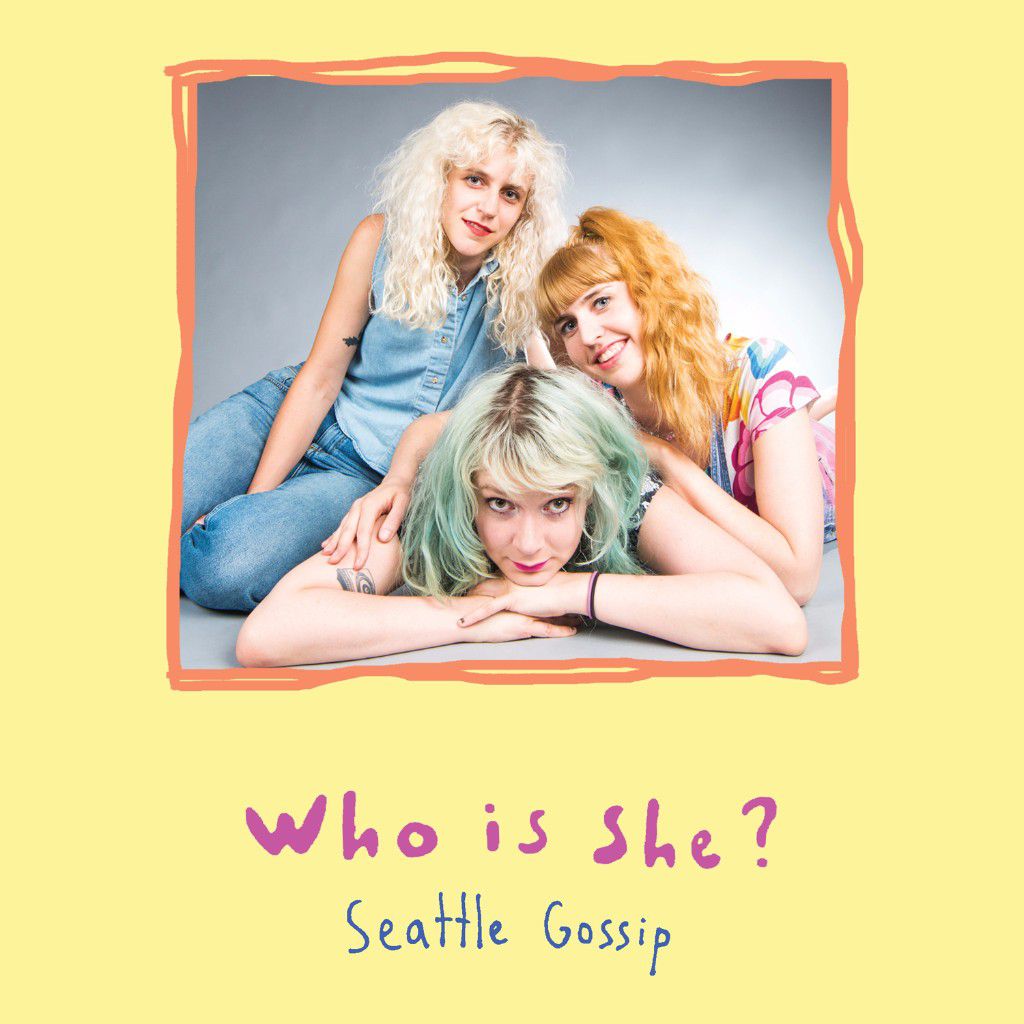