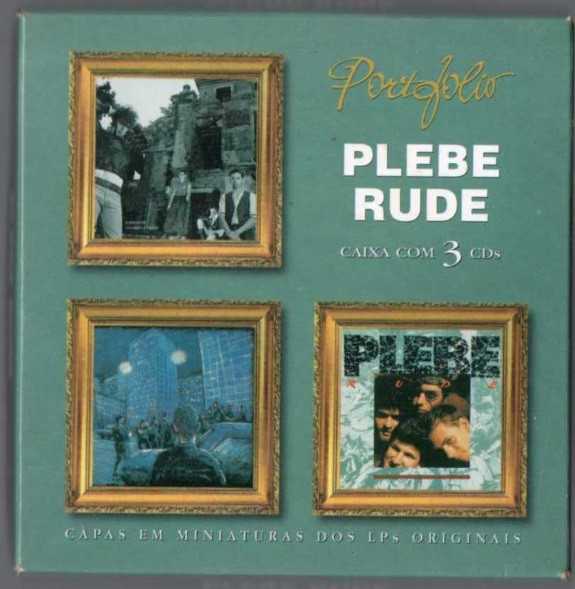 Plebe Rude is a Brazilian rock band formed in Brasilia. His themes point to the political uncertainty of the country since the death throes of dictatorship to the present and for the behavior of human beings in the midst of life's difficulties. The Plebe Rude came at a time when the police invaded the university to tap into students and teachers, where the censorship forbade songs and forbade his public execution. This area of popular music, not to mention the persecution of theater and the press.

The Cds are inserted in mini-LP sleeves;
Track 2-12 is not mentioned on the cover;