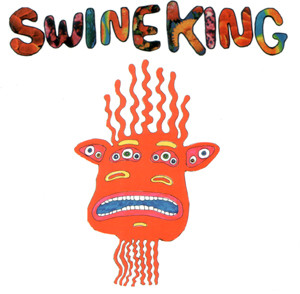 Punk band from Austin, Texas, fronted by Randy “Biscuit” Turner, formerly of The Big Boys and Cargo Cult. Swine King was active from around 1991 to 1999. Several members had performed together in the punk musical Boy Trouble before starting the band.

Etched in the run out grooves:

Side A: "COMING SOON TO A TROUGH NEAR YOU!"

Side B: "BISCUIT, DARCEE, MARK, SKIP AND ROB"