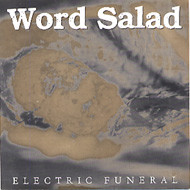 Hardcore/grind band from Albuquerque, New Mexico. They were active and 1990s and mostly inactive since 2000.