Album: Turn Of The Screw 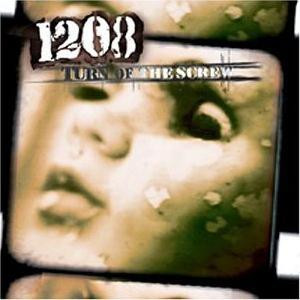 1208 formed in 1994 by four consisting members, Alex Flynn, the nephew of Black Flag's Greg Ginn, on vocals, Neshawn Hubbard on guitar, Bryan Parks on bass and Manny McNamara on drums. The band named themselves after the apartment number they first shared. After having spent some time on the local club scene, 1208 signed a deal with Epitaph Records and released two albums, Feedback Is Payback in 2002 and Turn of the Screw in 2004.
Active until 2007.