Album: Still Cyco After All These Years 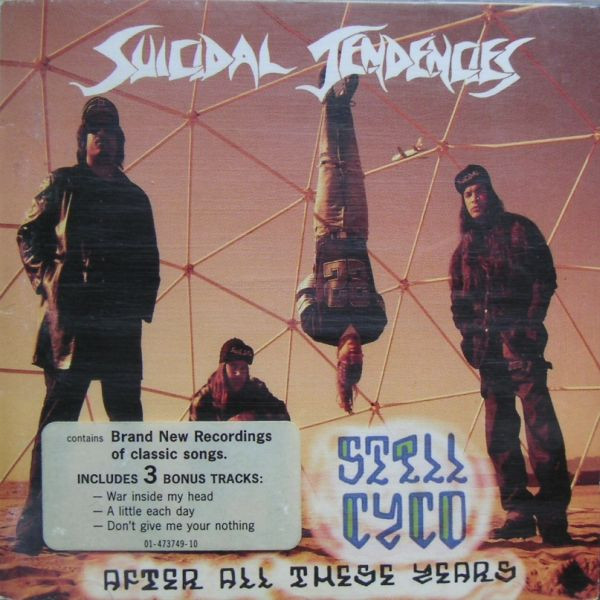 Throughout Suicidal's career, Muir has fronted a number of side-projects like Los Cycos, No Mercy (3), Infectious Grooves, and his own solo act, suicidal_tendencies_still_cyco_after_all_these_years.zip

This edition has different CD artwork compared to the other version. The back cover is identical.

Sticker on Jewel Case reads:
"contains Brand New Recordings of classic songs.
Includes 3 Bonus Tracks:
- War inside my head
- A little each day
- Don't give me your nothing
01-473749-10"