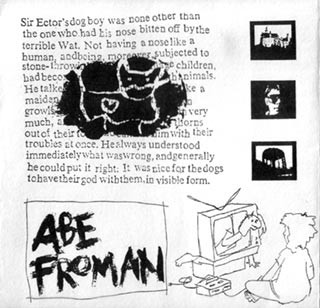 Abe Froman is a pop-punk band that was formed in Lansing, Michigan during the late 1990s by siblings Erin and Matt Tobey and Ryan Batkie. They toured the US and put out three releases. The band went on hiatus in 2003 when Ryan moved to attend school in Philadelphia, and played its final show in Bloomington, IN in June 2004.

The Impotent Sea Snakes – Everything In Excess (2001) CD Album