Album: Beyond Hurt / In A Different Light 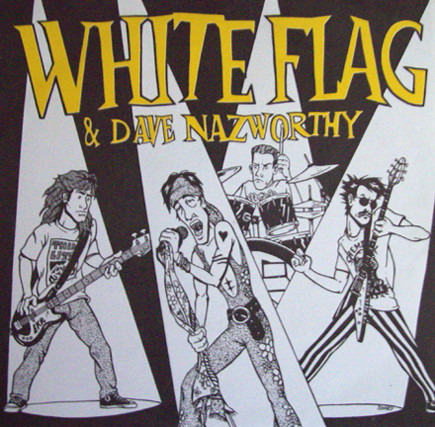 Dave Naz is held in high esteem for his work in the fields of both punk rock and modern photography. Originally finding fame with his band the Chemical People (in the capacity of both drummer and lead singer), Dave went on to record numerous albums and singles with the band and had many subsequent appearances on releases by punk bands such as Down By Law and White Flag.
These days Dave describes himself as "a photographer of sex and meaning, women and landscape". Innovative and self-taught, Naz has four well-received books with Goliath Press: 'Lust Circus' (2002), 'Panties' (2003), 'Legs' (2004), and 'Fresh: Girls of Seduction' (2006) His work has also appeared in GQ, FHM, Maxim, Nerve, Stern.de, and Salon. Praised by such cultural icons as Richard Kern, Nina Hartley, Gregory Dark, and Lydia Lunch, Naz's photographs are shown in galleries all over the world.

B-side is a Bangles cover