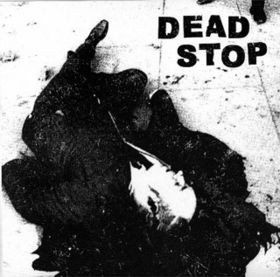 Hardcore band from Belgium, formed in 2002.

Track B4 is listed as "Theflex" on label, as "The Flex" on the back.

Comes with a xeroxed poster, with on the backside the lyrics to the songs.

Test pressing: 21 copies - acetate over silver covers and the name of the person it was given to on the back

First pressing: 1000 copies
118 with acetate over silkscreen Belgian flags sent out to pre-orders
882 on black vinyl with white B-side labels (this one)