Album: When I Get Old 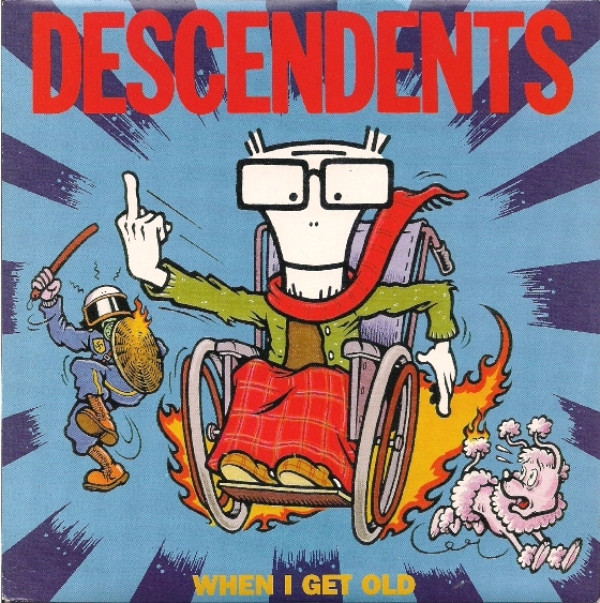 Descendents were formed in 1977 as an acoustic duo by Frank Navetta, and David Nolte. Bill Stevenson soon hooked up with the duo as their drummer. At the end of 1977, Nolte became bass player for the The Last and that group took precedent over David's commitment to the Descendents, so he was replaced by Tony Lombardo, although David stuck around briefly to sing with the band. Their first release (as a trio at the time with Navetta and Lombardo handling vocals) was the Ride The Wild / It's A Hectic World 7" in the style of melodic garage pop.
In 1980 they enlisted Milo Aukerman, Stevenson and Navetta's classmate and a constant presence at Descendents' rehearsals, as a singer, and reappeared as a 'proper' punk band, becoming a major player in the hardcore scene developing in Los Angeles at the time.
Their debut album the following year, descendents_when_i_get_old.zip

A and B2 mixed at Soundtrack Studio, NYC, NY, US. B1 mixed at The Blasting Room, Fort Collins, CO, US.

Tracks A and B2 are from the album Descendents - Everything Sucks.

Track B1 is previously unreleased.