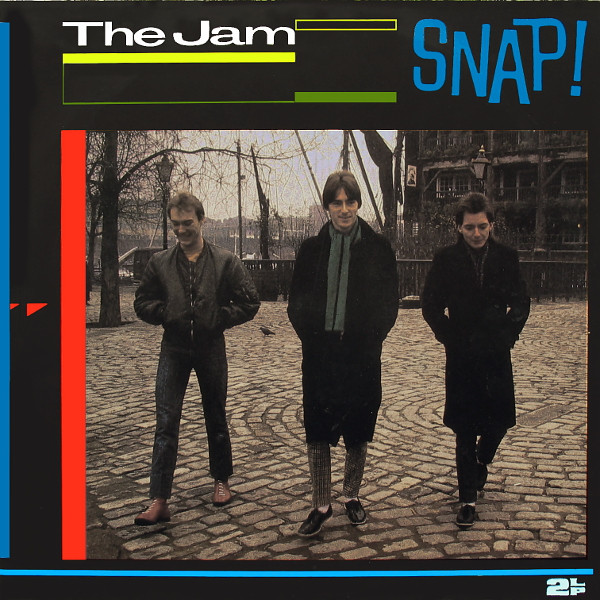 Album titled just as "Snap" on all labels.

'Funeral Pyre' was remixed in August 1983 as nobody was completely happy with the original mix.

It was decided to use the demo version of 'That's Entertainment' on this L.P. Although technically not as good as the later version recorded for 'SOUND FFECTS', the demo has a certain quality that was never captured again.

[Note: missing A in 'SOUND AFFECTS']