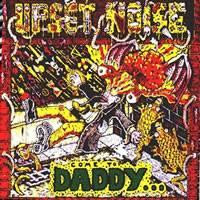 Formed in Trieste, Italy in the early 80s as a hardcore punk band; from the mid-80s Upset Noise evolved their sound into a crossover thrash hardcore; disbanded in 1995.

Since a vinyl version of this release also exsist, the tracklist on the cd version is split into: Side A (tracks 1 to 5) and Side B (tracks 6 to 9).

Distributed in Italy by Flying Records