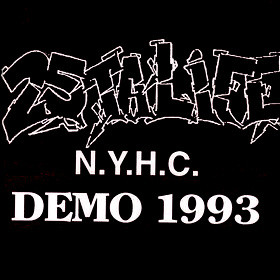 New York Hardcore band from Astoria, Queens, formed in 1991 by Frank Smarra and Harry Minas, who later recruited Fred Mesk and Rick Ta Life. The band split in 2000, but was reformed in 2002 by Rick Ta Life with a new lineup. This new version of 25 Ta Life broke up a few years later. In 2017 the band was reformed again, this time without Rick Ta Life.