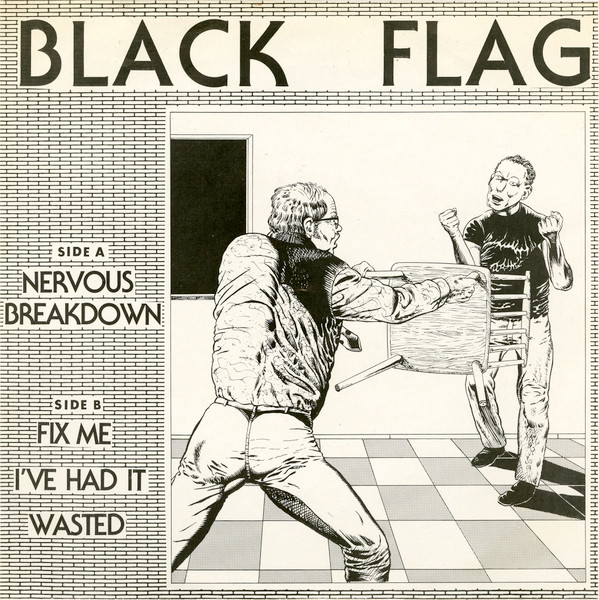 RELEASE: Recorded in January 1978, 2000 copies released in the beginning of February 1979, all copies distributed prior to the Summer of 1980.

SLEEVE: Black ink on glossy white paper. Artist - Raymond Pettibon's Brick Wall artwork. The sleeve is folded and cut straight across the top with front and back top edges the same height. No glue was used on the sleeve... it is just a folded piece of paper. It has no bar code.

OTHER NOTES: The original pressing credited Gary McDaniel (Chuck's real name) on bass and Robo on drums. Brian Migdol was the drummer who actually played on these recordings. Original copies came in a sealed polybag with an SST Records sticker on back. See images.