Album: Live In The Fatherland / Forming 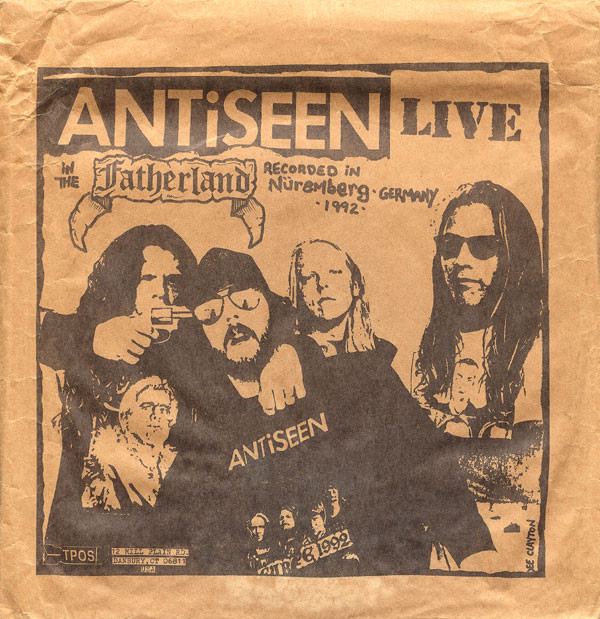 Split release. 500 copies on clear vinyl and 500 on black. All pressed with white labels.

A further 10 copies were made with a printed hard-wood sleeve and sealed in a plastic bag.

All came with a 1-sided paper insert featuring the original label designs that were never printed by the pressing plant.

The original label design featured images of wrestlers Ric Flair and Cactus Jack but the pressing plant (United, based in the USA) refused to print them due to fear of a lawsuit and as such they ended up featured on the insert sheet instead. "Forming" is a cover of the Germs song

The Antiseen tracks were recorded live in Nuremburg, Germany in 1992 and plays at 33rpm.