Album: How To Clean A Couple O' Things 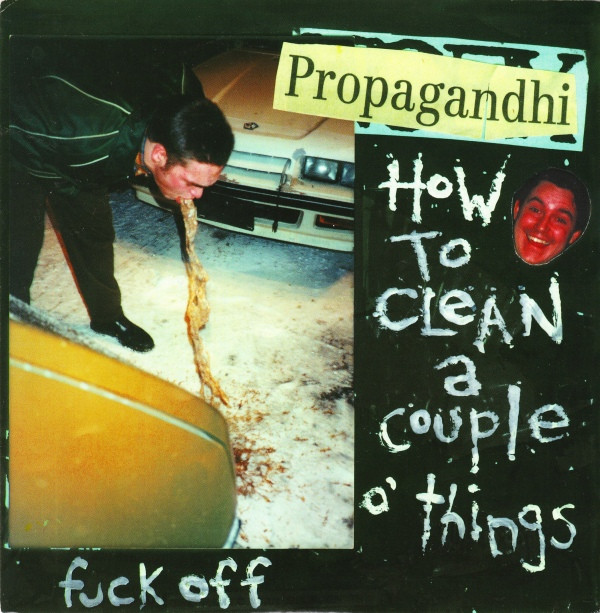 Alternate track titles listed on the rear sleeve as:

Side B - Stick The Fucking Flag Up Your Ass, You Skinhead Creep.

The cover of this record is overlaid on top of the NOFX 7" The P.M.R.C. Can Suck On This.