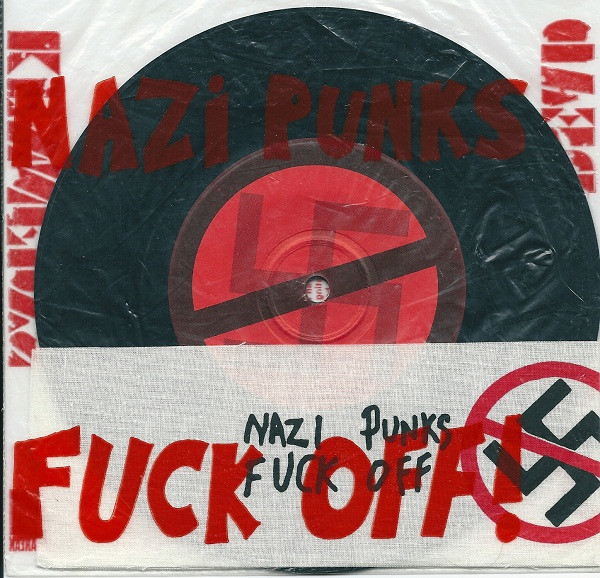 Issued in a translucent dark brown vinyl, which is only visible when held under strong light.
Came in a thin, clear plastic sealed sleeve with red print lyrics & credits. The plastic was thicker for earlier pressings.
Enclosed with the record was a Dead Kennedys anti-swastika arm-band and a small leaflet with the address of Subterranean Records printed on it.
Has different Subterranean Records address (PO Box 2530 instead of 577 Valencia) printed on the rear of the plastic sleeve than Nazi Punks Fuck Off! / Moral Majority. The small leaflet insert is also different.
Probably repressed in the early '90s.