Album: In Darkness, There Is No Choice. 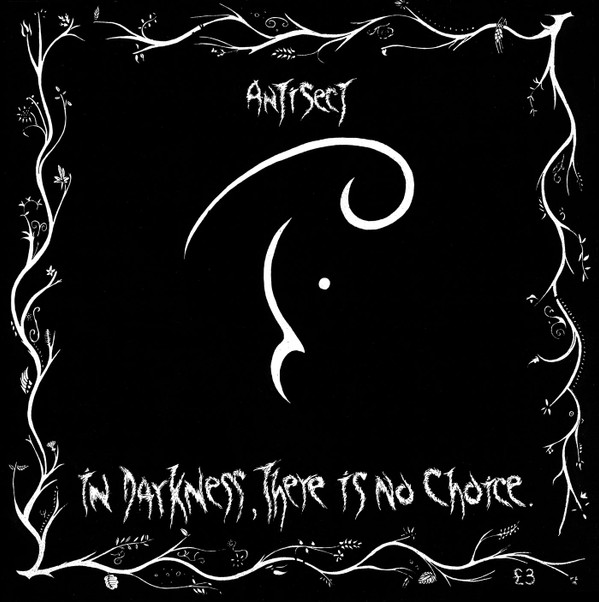 Antisect is an anarcho-punk band from Daventry, Northamptonshire, UK.
Active from 1981 to 1987, then split-up, but 24 years later, May 2011, Antisect reformed.
Pete Boyce was the original singer,Pete Boyce,Rich Hill,and Caroline Wallis (Caz Eden) were vocalists on the 'in darkness, there is no choice' album.. Renusze 'wink' Rokicki (now deceased) was the bassist,Pete 'Polly' Paluskiewicz was the drummer,and Pete 'Lippy' Lyons the guitarist.
The line up for the 7" 'out from the void' was Pete Lyons-guitar/vocals,Pete Paluskiewicz-drums,and John Bryson on bass/vocals.
Tim Andrews joined as vocalist and Lawrence Windle as bassist shortly after & until the initial split in 1987.