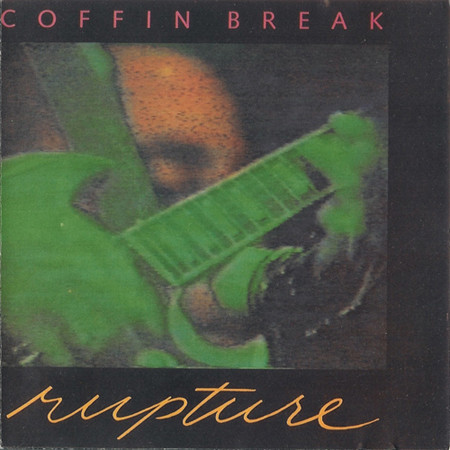 To those who didn't bother to keep track of every bit of minutiae flowing from the Seattle rock scene in the early '90s, Coffin Break was a band that clung more tenaciously to their punk roots than to the metallic anthem rock which eventually was embodied by the success of Seattle bands.

Skinner's "Stupid Love Song" is a sardonic tongue-in-cheek punk anthem just a little to self-debasing to allow for total abandon. "Hopeless" tightens Coffin Break's grip on straightforward punk rock, while the discordant metallic intro to "Promise" sheds a bit of light on things to come.

The Album "Rupture", released in 1990, is the record that showed Coffin Break had fully realized and polished their sound after their first bout of constant national touring. "Vision of Never" and "Rosy Picture" pack a heavy punk-rock wallop, and Litwin's clever "Kill the President" written for Daddy Bush, is now as relevant as political protest gets.

This CD contains both the "Rupture" and "Psychosis" albums, both of which are also available separately.