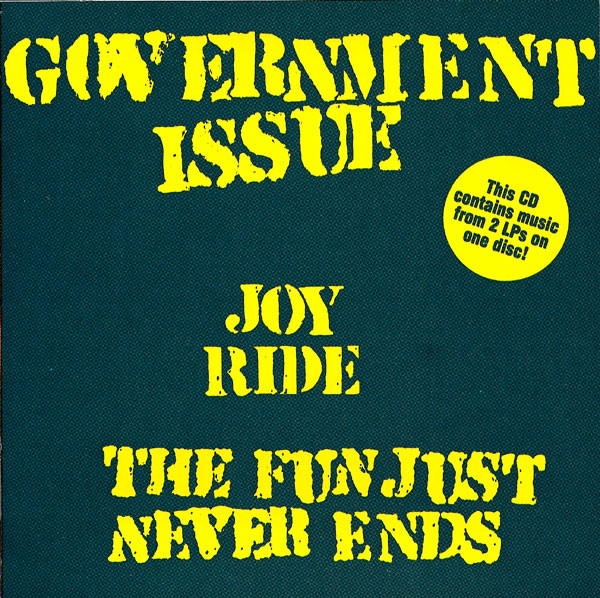 Government Issue (often referred to as G.I.) was a punk rock band from Washington, DC. The band formed in 1980 and split in 1989. They began as a hardcore band but overtime transitioned into more alternative rock areas. Singer John "Stabb" Schroeder was the group's only constant member, although original drummer Marc Alberstadt played with the band from 1980 until 1986 and bassist-turned-guitarist Tom Lyle joined the band in 1981 and stayed until the end. Brian Baker (Minor Threat, Dag Nasty, Bad Religion) played with the band from 1981 through 1982. The group's final bassist, J. Robbins, who played with the band from 1986 until their split, went on to form Jawbox and became an in-demand engineer and producer. The band has reunited for shows in 2007 and 2010 but has no plans for a full time reunion. In 2014, the band played reunion show with 3/4 of the "Legless Bull" line-up playing songs off that record as well as the 1980 demo. In May 2016, John Stabb passed away after battling stomach cancer.

Tracks 1 to 10 were recorded at Black Pond, Washington DC