Label: Not On Label (EA80 Self-released) 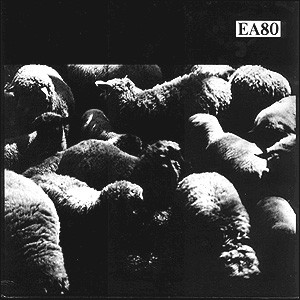 German punk band from Mönchengladbach formed in 1979, and still active.

Info from back cover:

This is the 2nd pressing in a series of 5. Pressing 2 to 5 have a different coverphoto, different versions of "Territorium" and "Auf Wiedersehn", an edited version of "Grab x !" and 1 additional song: "Wurm", which is not mentioned on cover or center label.

The labels of this reissue are white.

Some copies of the LP contain an extra "Wurm" lyric sheet.