Album: No Cheese! (The High-Way To Hell Tour Souvenir) 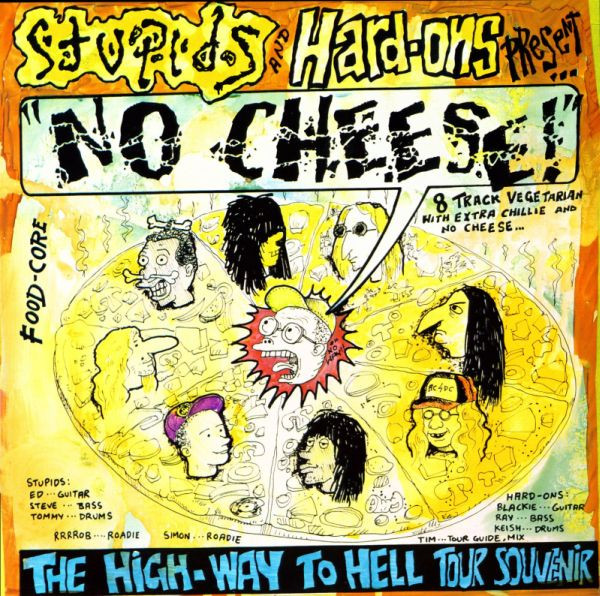 In Matrix Cat# DAMP 88 crossed out on both sides which makes this a UK version of an Australian release on Stupids And Hard-Ons - No Cheese! (The High-Way To Hell Tour Souvenir) on Waterfront Records
"No Cheese Side" and "Burp" Side" appear on the label.
"Side Retard" and "Side Nerd" appear on the insert.
Cat# SOL - 16 appears on back cover.
Cat# FART 2 appears on insert.
Cat# FART-2 appears on label