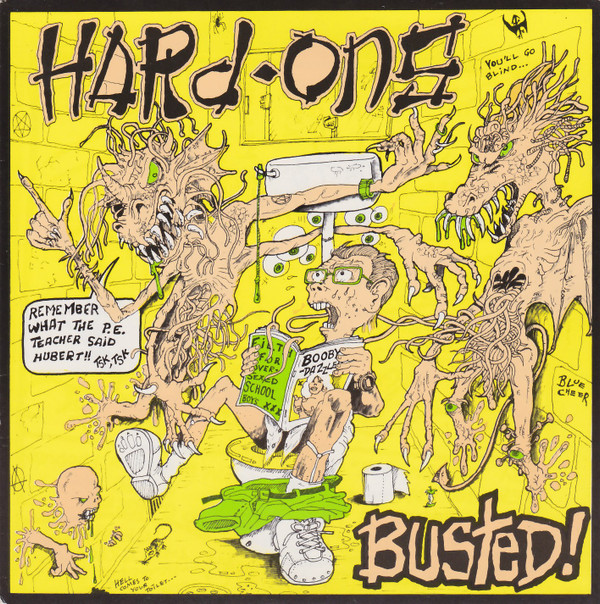 Comes with foldout lyric sheet insert
Suck And Swallow as side 1 on label, Busted! as side 2