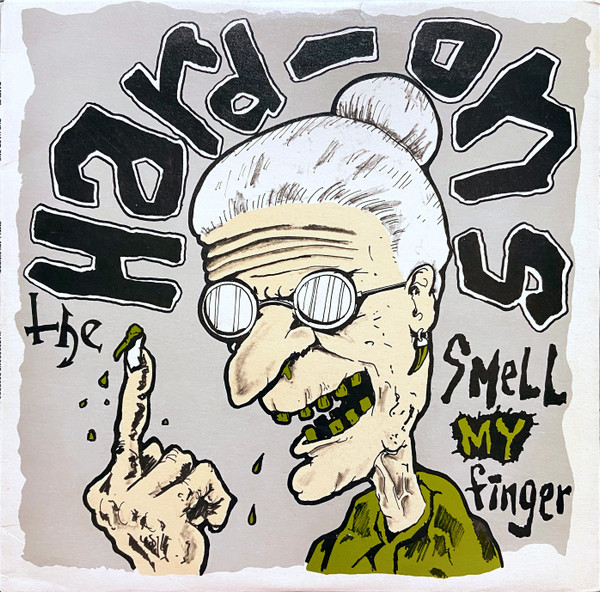 The first press of this record came with a grey background on the sleeve and the re-press (with the same cat#) was available in a purple background with the same artwork.