Music Album: What You See... Is What You Are 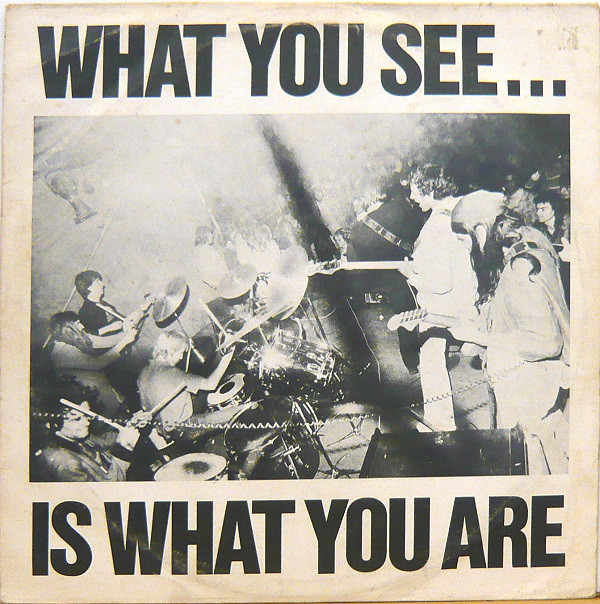 Members initially coming together in 1974 as communal living, Here & Now developed growing out of the UK Free Festivals movement through the 1970s, freely giving their services to associated groups, e.g. Legalise Cannabis Campaign, Stonehenge Festival, BIT, Release etc.. For many years they never charged an admission fee to their gigs, instead asking for voluntary contributions towards their costs via an organised collection at each event.
In 1977 they joined Daevid Allen and Gilli Smyth to become Planet Gong (2) and released their first vinyl album. They reverted to Here & Now in 1978 after Daevid Allen decided he could no longer perform live.

The credits don't detail who's playing with which band.

Some copies of this have the Here & Now side pressed with an error where the music plays backwards.