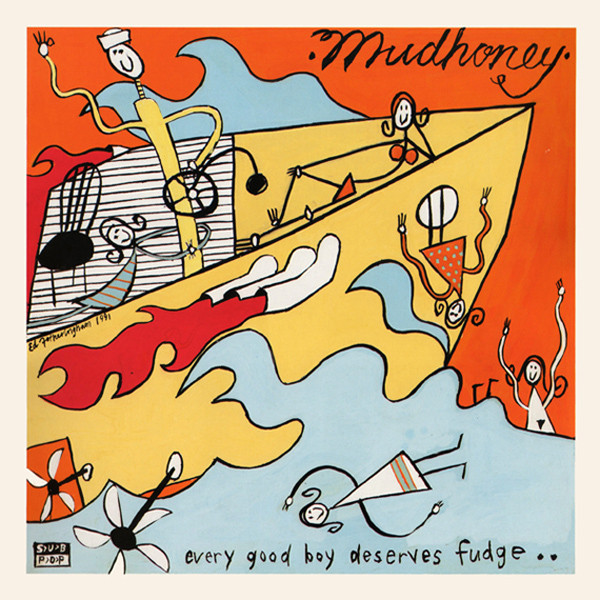 Though they never reached the fame of their label and city mates, Mudhoney were very much part of the early 90s grunge scene and are one of the most enduring groups.

"Every Good Boy Deserves Fudge" recorded on eight track recorder (Egg Studios) during the spring of 1991.
Some copies have a "Seattle SUB POP" sticker on front cover