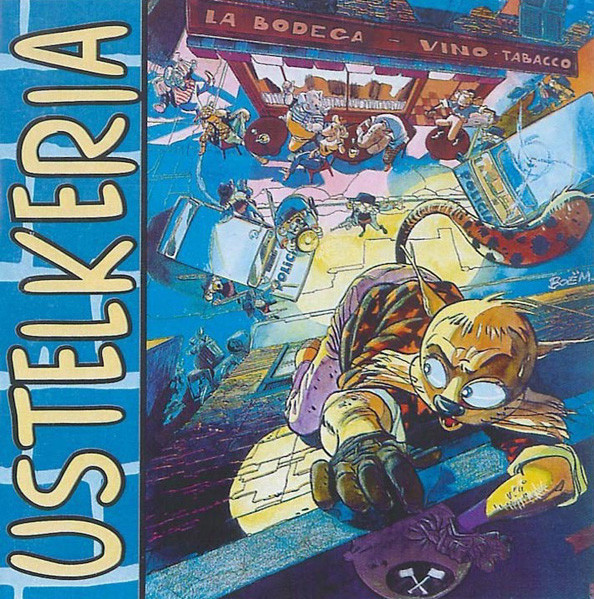 From Basque country (Spain), Negu Gorriak is born after the ska group Kortatu was disbanded in the most popular point of its career in order to avoid creative settlement. The influences from Os Resentidos, old school rappers, Public Enemy, hardcore punk, reggae, ska and latin music are very clear in their eponymic record where the drums are sequenced and the sampler becomes very present.

In 1991 two new members will become part of the group: Mikel Anestesia (Mikel Kazalis) and Mikel BAP (Mikel Abrego), incrementing considerably the quality and depth of music of the band. In that year they also created Esan Ozenki (Say It Out Loud, in Basque), their own record label. Published in 1991, Gure Jarrera would make Negu Gorriak both famous (as the most solid group of the Basque music rock scene) and infamous (for the song Ustelkeria, which w (...)

2001 reissue:
"This album's benefits were used to cover expenses on the trial by the Guardia Civil's General Galindo against Negu Gorriak. Originally there were pressed 1.500 CD's. Now that we have defeated him here's a new version for this album."

CD comes in a jewel case containing a 24-page booklet.