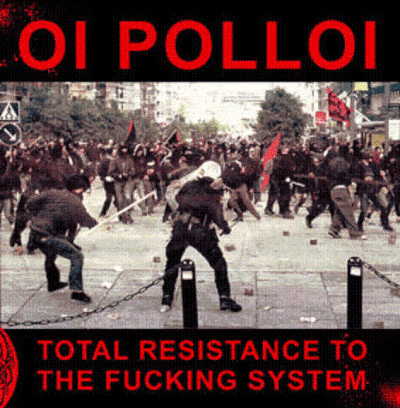 From the back cover:
Although these songs were all originally recorded at the same time, they were released separately - either on various compilations or on the "Let The Boots Do The Talking" and "Carson?" 7' EPs.
We're re-releasing them together here to inspire some more resistance to the sick and twisted system that is destroying our planet.
All tracks recorded at Pier House in Edinburgh.

Version with distributors and barcode printed on back sleeve. Another version without them exits.