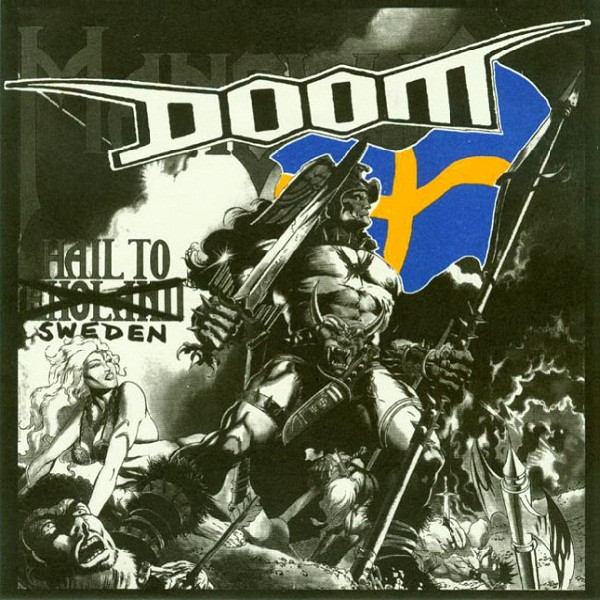 The cover art is a Manowar LP with a Doom logo over the Manowar logo and England replaced with Sweden.

All songs not by DOOM