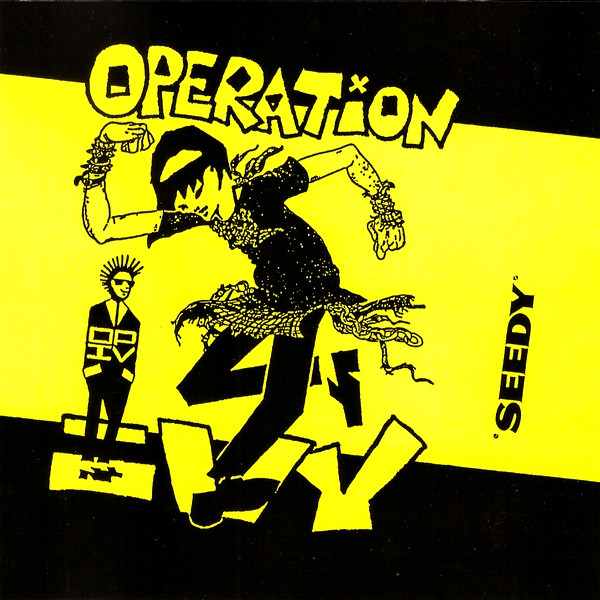 Version with the standard Audio CD logo printed on disc.

Mastered from 7 year old cassettes. "What You Hear Is What You Get".

This was produced by David Hayes from Lookout! and Very Small Records, here is his statement on his facebook page :

"10,000 pressed.
The crappy quality OPIV boots were starting to come out. I decided to do my own. These are FIRST generation tapes (I took my own tape deck to the recording session at Gilman Street.) Graphics, Photos, Backup vocals and Logo by me. Everyone was paid well."