Album: All By Myself 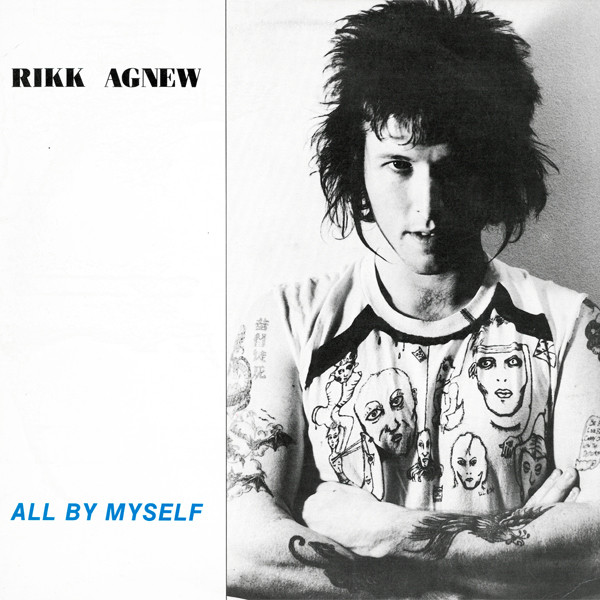 Comes with 2-sided insert containing lyrics and artwork.Track 4 on the lyric sheet is titled "Yur Too Laite", jacket and label read "Yur 2 Late"

Shrink wrapped copies may have a large round hype sticker at top-left which says "Rikk Agnew" in the middle, and around the edge: "Musical Mentor of the Adolescents "Amoeba" Kids of the Black Hole"

Some copies came with an additional promo insert and a large folded promo poster.