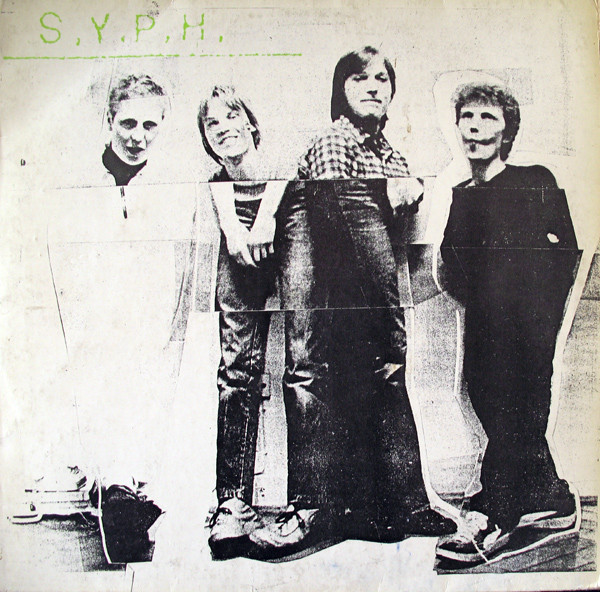 German band somewhere between Punk, Avantgarde and Neue Deutsche Welle.
Founded 1977 by Harry Rag (Peter Braatz), Uwe Jahnke and Thomas Schwebel in Solingen/Germany. Thomas Schwebel hit upon the idea of naming the band "Syph" because it's a dirty name. Harry Rag added the periods to make it look like an acronym and confuse people. S.Y.P.H. was then translated into "Saufender Yankee Prügelt Homo" (Boozing yankee pummels fag). After 1986 it stood for "Save Your Pretty Heart"
When Schwebel said goodbye to play with Mittagspause, the band was joined by Uli Putsch and Jürgen Wolter. This new formation stayed - more or less - stable until 1981, but had many changing guest musicians, including s.y.p.h._s.y.p.h..zip

Comes with a DIN A4 lyricsheet.