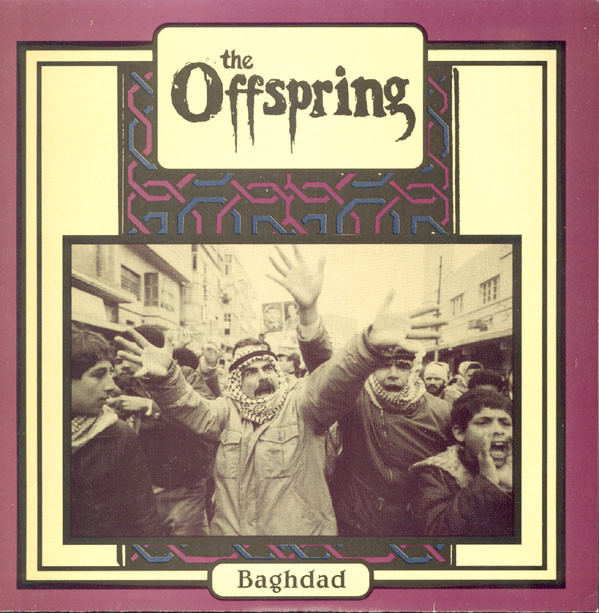 Released with fold-out picture sleeve, with lyrics printed inside. 3,000 copies pressed. Some copies on clear vinyl.

Recorded and mixed at the Sound Chamber, Pasadena, CA (after the disco party 2/91).

B1 is misspelled as "Bagdad" on the center label.

A copy of this purchased in the UK came with a sticker saying "Headhunter708" placed over the catalogue number Nemesis Records 38 (see images).