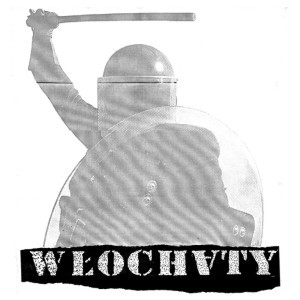 This is the 12" version of album 'WŁOCHATY' with added a saxophone, a new cover, but some tracks were cut out. This record was published especially for the tour in Germany with the Scotish band Oi Polloi, in 1995. This LP was released in limited number of copies.