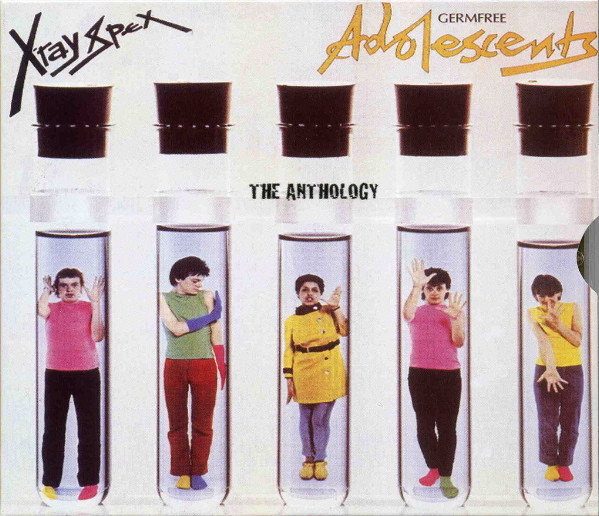 Cover artwork is taken from the album 'Germ Free Adolescents' hence the appearance of the album title on the cover. However, the actual release title for this compilation is 'The Anthology'.