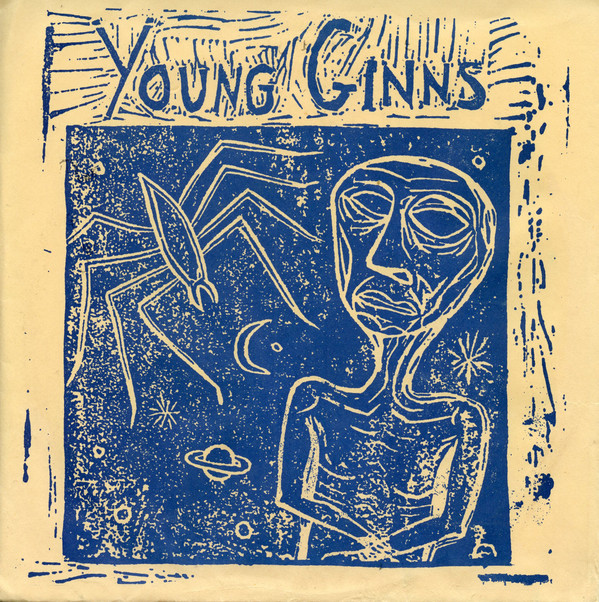 Hardcore punk project formed by members of Unwound and Nation Of Ulysses. The members were fueled by the sounds of hardcore punk and SST Records releases and reasoned that if young writers were called "Young Ginsburgs" then they'd call themselves "Young Ginns" (in reference to SST head honcho Greg Ginn). The band released one 7" on Gravity (2) Records before splitting. A discography CD (which included several unreleased songs) was released in 1998.

Recorded 12/92 by Tim and Vern at The Red House, Olympia.

Comes in a cut-off manilla envelope sleeve silkscreened in blue on the front and black on the back. Includes folded 6x11" insert with lyrics, credits, & photos.